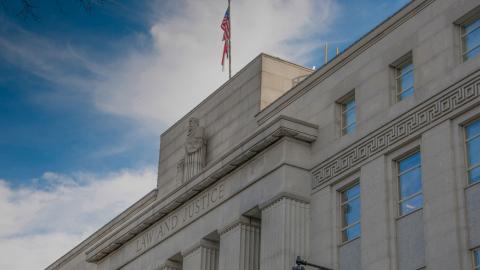 In its opinion, the liberal justices on the North Carolina Supreme Court alleged that the voter ID amendment is likely invalid because it was put on the ballot by lawmakers who were elected from districts with discriminatory electoral maps—never mind that voters statewide approved the amendment by a margin of 11 points.

The decision to strike the voter ID amendment now returns to the trial court to gather more evidence to determine whether upholding the amendment would enable the efforts of these allegedly illegitimate legislators who put the amendment on the ballot or exclude or discriminate against voters.

The lower court judge set to hear the case, Judge Bryan Collins, previously struck down the amendment before it reached the North Carolina Supreme Court on appeal. It’s clear that the Supreme Court’s decision paves the way for Judge Collins to try and gut the widely supported voter ID amendment to safeguard elections in North Carolina.

This is the latest attempt by activists to undermine election integrity by attacking legitimate and important election safeguards, namely meaningful and commonsense voter ID requirements.

Writing for the majority, Justice Anita Earls attempted to explain why she believes the amendment is likely invalid:

What makes this case so unique is that the General Assembly, acting with the knowledge that 28 of its districts were unconstitutionally racially gerrymandered and that more than two-thirds of all legislative districts needed to be redrawn to achieve compliance with the Equal Protection Clause, chose to initiate the process of amending the state constitution.

But surprisingly, the case does not call into question other legislation enacted by this same legislature.

In a separate but related case, LDF filed an amicus brief at the North Carolina Supreme Court in Holmes v. Moore to support the voter ID law that the state legislature passed after the voters approved the constitutional amendment to require voter ID at issue here.

Voter ID requirements are widely supported by voters, including an overwhelming majority of North Carolina voters. Yet the fight continues over voter ID in North Carolina going into the 2022 midterm elections.