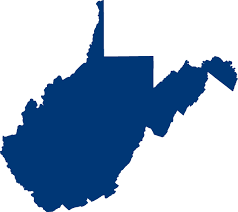 As the debate surrounding automatic (or mandatory) voter registration continues ahead of the 2020 elections, interesting developments in two states highlight the underlying issues behind these drastic “reforms”. 18 states and the District of Columbia have adopted AVR, and in doing so, cases of illegible voters being added to the rolls and general incompetence have marred its adoption.

Recently, West Virginia and New York have become two more states moving toward adopting AVR, and the process, like the experiences of other states, has proven difficult. West Virginia is preparing to adopt AVR, and there is already an outcry from those tasked with administering the program.

“I hate it,” Marshall County elections clerk Connie Howard said of the proposed new system. “The list I get (from the DMV) is going to be tremendous, and there might not be any changes (if those on the list are already registered). It also takes away the voter’s right to not renew their voting registration if they don’t wish to.

Wetzel County Clerk Carol Haught said she isn’t certain the new voter registration system with the DMV will be up and running in time to meet deadlines.

“Historically, we’ve always had problems with voter registrations at the DMV,” she said. “They send them back to the counties, and the people don’t always have everything filled out as they should. In perfect world [sic], it shouldn’t be a bad thing if the software works. But to date, the software hasn’t worked.”

The comments from these county clerks underscore the sentiment of those opposing AVR; the process is unproven, susceptible to errors, and undermines the civic duty of voter registration.

In New York, the recent suspension of AVR legislation may point toward a more nefarious goal from those in support of AVR.  In the final days of session in the New York General Assembly, an AVR bill was set to pass until an error in the language was discovered which would allow illegal immigrants the right to vote. Some legislators believe that the oversight was not in fact an oversight, as the allowance of ineligible voters would produce a partisan advantage:

The Republican Assemblywoman who discovered the error, Nicole Malliotakis, spoke at a recent meeting of the state Republican Party, where immigration policy was a hot button issue. Many Republicans have accused Democrats of wanting to get undocumented immigrants on the voter rolls, something Democrats say is not true. Malliotakis says she believes the language in the bill was deliberate, saying “that was no error.”

“This is the way that they ensure that they continue to win these elections, not the honest way,” Malliotakis said. “That’s what’s going on here.”

Voting is a cornerstone of democracy and citizenship, and elections systems plagued with poorly managed data, errors, and ineligible voters produce results that undermine our democracy. As states adopt AVR measures prior to the 2020 elections, one must ask the following questions: Will these systems actually produce greater participation? Or are these systems designed to produce a partisan outcome?  Will these systems help election officials or create more work for them? Will they promote the accuracy of voter registration records or introduce errors and ineligible voters?